In a world where there is so much violence and conflict exists, how do people working for peace find and support one another?

This is the question posed by Digital Democracy’s newest program, Sisi ni Amani, which means “We are Peace” in Swahili. Sisi ni Amani is a new project based on a powerful idea - that violence can be prevented by mapping and promoting peace initiatives. We have two dedicated staff members who will be launching the project this summer, mapping peace in Kenya leading up to and through the 2012 elections. 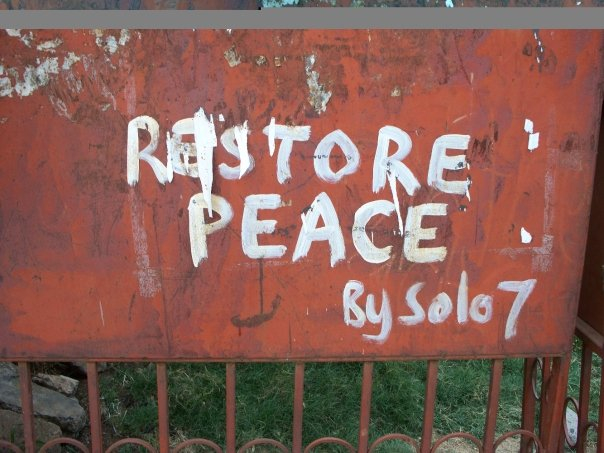 Digital Democracy’s programs have already made broad use the idea of crisis mapping, from mapping human rights abuses in Burma to election monitoring to mapping disasters such as the earthquakes in Haiti and Chile. We’re thrilled now to be pioneering the ideas of peace mapping as a way to strengthen peace initiatives. Starting this summer, Sisi ni Amani will work to map, highlight, and network peace initiatives in Kenya, partnering with Ushahidi and local media groups in Kenya to promote the work of the peace initiatives.

But it’s not just the idea of peace mapping that we’re inspired by. We’re also inspired by the dynamic duo working on the project, Rachel Brown & Cody Valdes. Rachel is Sisi ni Amani’s Project Director. Last spring, she was living in Nairobi, and noticed the work of graffiti artist Solo 7 who was painting messages of peace all over the city. 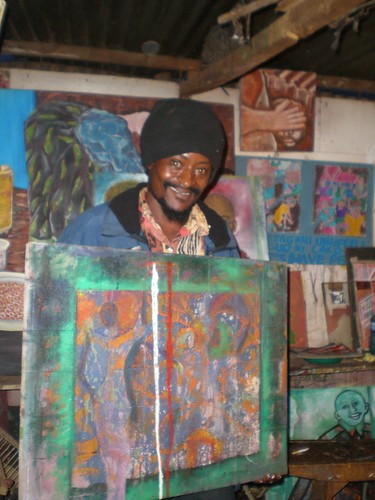 Inspired by him and other courageous peace leaders she met during her semester of study, she came up with the idea ofSisi ni Amani to support these brave individuals by highlighting their work and networking them. A graduating senior at Tufts University, Rachel speaks Swahili and has done previous work in Guatelmala, worked with tenant organizers in Massachusetts and high school students in India.

Sisi ni Amani’s Project Manager is Cody Valdes, a fellow Tufts student from Vancouver, Canada. He and Rachel work together closely on the project, and he brings experience leading a group project in Rwanda, conducting research on corruption in the Philippines, and the impact of the Olympic Games on impoverished urban communities in Vancouver. At Tufts, Cody co-edits Discourse and co-leads the Poverty and Power Research Initiative. He is one of the founding members of Solar for Gaza/Sderot, a Climate for Peace initiative advocating for renewable energy-based development for conflict resolution.

Want to support Sisi ni Amani? Follow them on Twitter and on their blog, and donate to their project! Click the “Support Us” box on our Get Involved page, and be sure to designate your donation to “Sisi ni Amani”.