On January 12th, a devastating earthquake shook Haiti. We had a team of people on the ground working with young Haitians. Thankfully they all survived, but what was life like before and what can it be like after? Today we’re proudly publishing our report from the research they were conducting, looking at the economic livelihoods of  young people in the country.

This report details the findings of their research, gives an overview of the Project Einstein curriculum adapted for Haiti and provides recommendations for how training young people will be a critical aspect of reconstruction, providing 21st century skills and an infrastructure of empowerment by monitoring aid and corruption. 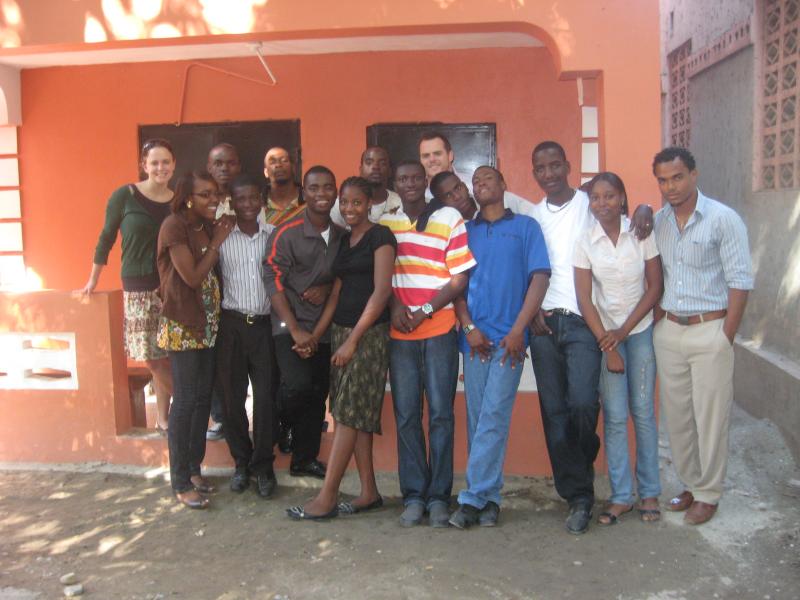 The project on the ground was led by two students at the Fletcher School at Tufts University, Joshua Haynes and Chrissy Martin. Chrissy had this to say about her experiences:

Project Einstein Haiti developed out of a serendipitous meeting in New York with Mark.  I was leaving for Haiti in a few days to conduct research with youth on their attitudes towards finance.  Despite experience working on and researching financial inclusion and mobile technology, I didn’t know much working with youth.  As a result, I reached out to Digital Democracy, aware of their work with youth and digital photography.

I walked away from the meeting with a research methodology, four digital cameras, and the nicest phone I’ve ever used: a Nokia N97.  The Project Einstein methodology was an ideal way to accomplish my goal of understanding the youth attitude towards finance in an engaging and fun manner that would be rewarding for the participants as well as the researchers.

The two days that Josh and I spent with the twelve high school students in Gros Monde were extremely rewarding.  We spent time discussing the power of photography to tell stories, as well as time discussing how difficult it is to earn money in their community. I was extremely impressed by their enthusiasm and the ease at which they engaged with a technology that they had never used before.

I could not be more thankful that I had the opportunity to work closely with this group of Haitians before their country was destroyed just three days later.  A few pictures survived, although I regret that their photographs did not.  I can only hope that they will again have an opportunity to tell their story through digital tools that will allow the rest of the world to hear.

Because of tools such as photography, Twitter, Facebook, and SMS, Haitians have been able to contribute to the international coverage of their own crisis in a way that would not have been possible just a few years ago.  Mainstream media sources including CNN and CBS News have relied on these alternative sources for aspects of their coverage, giving voice to locals rather than relying solely on international journalists. In addition, new tools such as Ushahidi allowed international organizations to plan their response based on near real-time mapping of reports from Haitians through a wide variety of media sources. Amidst the devastation, I find hope in the possibility of leveraging these technologies to give Haitians a voice in their own reconstruction as well.

For more information about our work, please download the following report: