In February, Dd brought together an unlikely mix of international software developers & designers, Haitian technical students and members of Haitian women’s organization KOFAVIV to host Haiti’s first Hackathon, a three-day event designed to encourage collaboration between these diverse actors in order to build out tools to support KOFAVIV’s efforts to turn the 572 Call Center into a national service for survivors of gender-based violence. 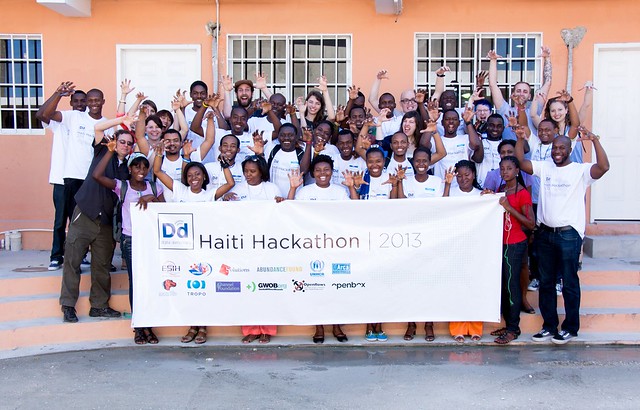 The following four months have passed quickly, and we’re thrilled to report that the spirit of the Hackathon - one of collaboration and coming together to create something for the greater good - is alive and well. In fact, hackathon participants embraced this spirit by identifying its roots in Haitian culture: “This event has brought us back to a piece of Haitian culture, the ‘konbit’, that we have largely left behind. The Hackathon has showed us how this collaborative methodology can be transformed beyond agriculture into other realms to accelerate Haiti’s development.” - Richardson Ciguene, ESIH student For the Dd team, few outcomes are more rewarding than for our own role in a program to become unnecessary. That’s the state of our Haiti Program - we have fully transitioned it into the capable hands of KOFAVIV’s leadership & tech team. Now, it’s also the state of hackathons in Haiti - Richardson and other students at ESIH are hosting the first official “Konbit Teknolojik” in June and we look forward to sharing news on how it goes.

This continuation of the hackathon model, without our direct involvment, is a reflection of the positive spirit of collaboration engendered by the event. In the post-event evaluations, Patrick Attié, the Director of ESIH wrote: “The immediate benefit for us is in acquiring the know-how and methodology to be able to organize more hackathons in Haiti. We can use the hackathon methodology to solve specific problems that we have here that can be solved with technology.” The Hackathon was made possible thanks to participants from Port-au-Prince and around the world, partners KOFAVIV, ESIH, Solutions, Geeks Without Bounds, Openflows, and Openbox, and sponsors Abundance Foundation, UNHCR Innovations, Arca Foundation, Channel Foundation, Knight-Mozilla Open News & Tropo.

For more details on the hows & whys of the first Haiti Hackathon, check out our FAQ below.