“There are realities we are living here that cannot remain hidden. If we ensure these stories don’t just stay within our own communities or within country, if we publish them, then we have a better chance of getting the support we need.” Community Agent, KOFAVIV 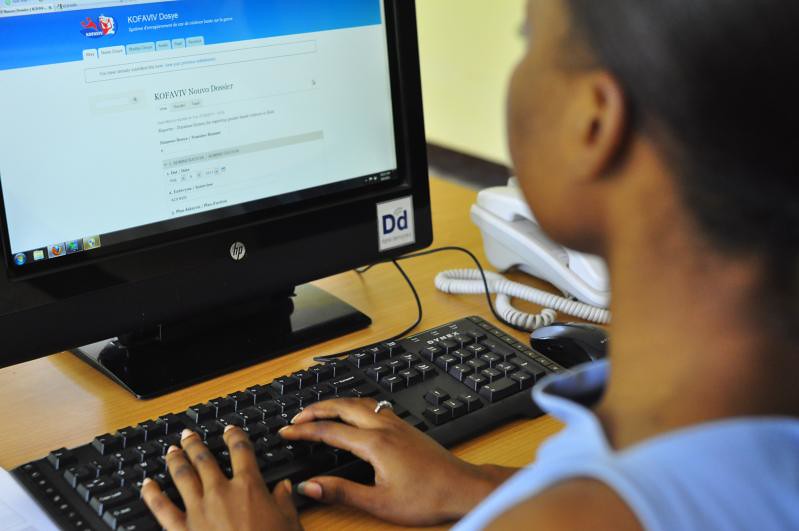 In January 2010, a 7.0 magnitude earthquake shook Haiti, killing an estimated 250,000 people and displacing more than one million. In the wake of the disaster, instances of rape and other forms of gender-based violence (GBV) increased exponentially in the tent camps around the capital of Port-au-Prince. Local women’s groups with a strong track record for addressing GBV had their facilities and records destroyed. Despite the setbacks of the earthquake, though, they continued to organize, advocate and create systems to address the violence. They were isolated, however, limited in who they could reach to help, and how they could track their own work and expertise.  From 2010-2013, Dd partnered with women in Haiti to bring technical training, digital tools and new systems to local groups groups, supporting their strategic fight to address gender-based violence. Through this collaboration, Dd’s partners were better able to serve survivors, educate communities, and advocate for increased security and services for women and girls.

Impact: Empowerment through skills, responsibilities and leadership training. Women with no prior formal employment are now managing teams and systems, advocating more strategically and positioned to help a larger community of survivors.