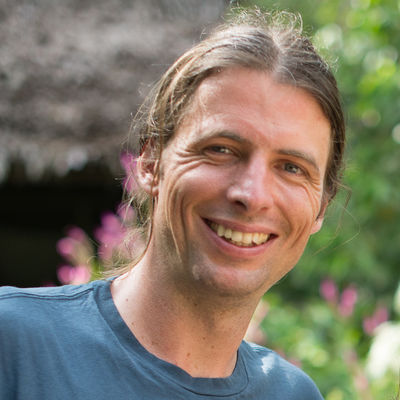 Gregor MacLennan, has worked with indigenous communities throughout the Amazon Basin on land rights issues, the impacts of extractive industries, and supporting indigenous peoples’ right to self determination.

Gregor has a background in both anthropology and mathematics and has worked extensively in Peru, Ecuador and Guyana to support and train communities to use GPS and GIS to map their territory and document environmental harm. He is an active open-source software developer and has worked on mobile, web and desktop apps in JavaScript and React(Native), and Node.js server infrastructure.

Prior to Digital Democracy, Gregor worked in Peru for 7 years as co-founder and co-director of Shinai, a grass-roots non-profit organization, helping communities map their territory and resource use, and set up a community-run environmental monitoring system for Achuar and Quechua communities affected by contamination from oil drilling. Gregor moved to California in 2009 and worked for 4 years as Peru Program Coordinator for Amazon Watch, where he coordinated media campaigns, worked with extractive industry investors and shareholder, developed policy documents, and led a campaign to successfully stop Talisman from drilling for oil in Achuar territory in a remote and biodiverse area of Amazon rainforest in Peru.

Gregor joined Digital Democracy in 2013 and started the toolbuilding and technology program. He is now based in London, UK.