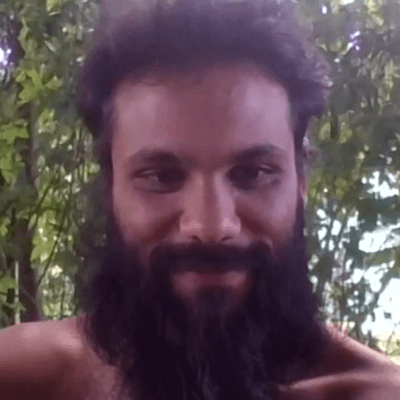 Luandro, Distributed Systems Developer at Digital Democracy, works to empower native communities and their ways of life. From Pindo Abya Ayala (named Brazil by invaders), he has lived for the past 8 years in a maroon community located at the continent’s central plateau.

He spent the first years learning about their customs and traditions, especially agriculture, and in the last four, together with neighbors has built his house mostly with local natural resources and completely off-grid. Luandro spends most of his time practicing agroforestry, hacking the digital world or listening to tales from elders. Luandro has a love for technology, in the whole sense of the word, but is very critical of the cultural practices that emerge from them, especially patriarchical ones.

Together with neighboring original and traditional communities Luandro has been working on an information and communication toolkit that is accessible to them and useful for the realities within their territories. This has led him to contribute to various open-source projects over the years, mostly using distributed information systems and communication topologies.

In the journey to make information technologies accessible, useful and safe for communities, he has contributed to projects such as Manyverse, Āhau, the Community Server and the Community Portal. On the communication side he has contributed to the LibreRouter project, Moinho Mesh community network, and most recently has been exploring LoRa as an accessible, low power and technically and financially accessible way to provide emergency communications.