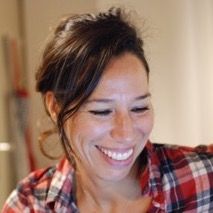 Maria Lya Ramos is Associate Director at Oxfam where she co-leads the agency’s Extractive Industries Global Program. She provides strategic leadership on oil, gas and mining advocacy to promote greater transparency and accountability of the sector and respect for human rights of affected communities. She currently supports work in some thirty countries, primarily Southern, West and East Africa.

She previously worked in Angola with the Open Society Initiative of Southern Africa (OSISA) on transparency and accountability of the petroleum sector and authored the report Angola’s Oil Industry Operations. Before that, she was director of Rainforest Action Network’s campaign to hold Chevron to account for its oil pollution legacy case in the Ecuadorian Amazon rainforest. With the Center for International Environmental Law (CIEL) she supported mining affected communities in the Guatemalan highlands seek redress for corporate-related human rights abuses.

For almost five years, she served as Amazon Watch’s Southern Amazon Program Coordinator, leading advocacy efforts to protect Indigenous peoples’ rights and territories in Peru’s Amazon rainforest. She co-authored the report A Legacy of Harm: Occidental Petroleum in Indigenous Territory in the Peruvian Amazon. She was a National Organizer for Greenpeace, where she trained students across the country on environmental corporate campaigning.

Maria holds a MA in International Development from The George Washington University. She is a native Spanish speaker and is attempting to be conversant in Portuguese.