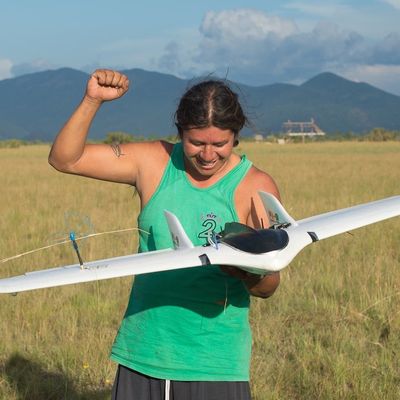 Ron James is an advocate for land rights and environmental protection in his home region of Rupununi, a part of the Wapichan territory in Guyana. He has held several impactful leadership positions. He previously was elected and served as a Chief for his home village in Wapichan. He now resides in Georgetown, Guyana and works for the Amerindian Peoples Association (APA).

He was previously a member of the Executive Board for the APA. APA is a non-governmental organization that seeks to promote and defend the rights of Indigenous Peoples of Guyana. He has also worked as a mapping technician for the South Rupununi District Council (SRDC), the legal representative body for 21 villages in the South Rupununi. In that role, he provided technical support for the monitoring programs run by the SRDC and the Upper Mazaruni District Council. For several years, both District Councils have been monitoring violations of their land rights – especially environmental degradation and illegal mining – using custom made questionnaires on smart phones to capture data which is used for advocacy purposes.

Ron also recently coordinated the extension of these programs to include monitoring the adverse impacts of mining on water in the Upper Mazaruni region and Wapichan territory in Guyana. Ron is frequently quoted in press and invited to speak on behalf of Indigenous people in Guyana.